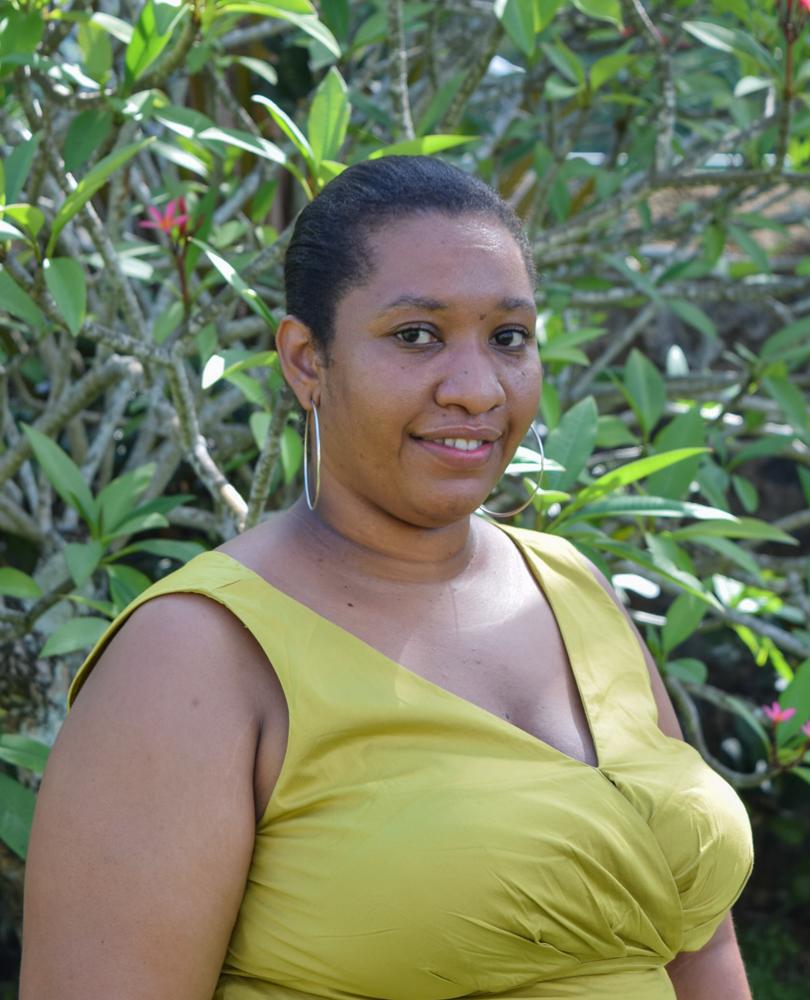 This outgoing professional, who is always eager to learn and share her experience and expertise to benefit others, especially the youth, is no other than Begita Melanie. She comes from a family of 5 children where she is the only female sibling. Her father has positively influenced the life of the latter. She has had an active and exciting childhood which has helped develop her love for hiking and beach activities.

She started her formal education at the Pointe Larue primary school and later moved to the secondary level, where she studied science and arts subjects. As a young graduate from the School of A-Level Studies, her first employment was with the National Library of Seychelles in 2009. She held the position of Senior Library Technician. Her duties in the Children’s Section brought her direct contact with young children, where she nurtured a love for them. She found interacting with them and helping them choose books very exciting. While working with the Seychelles National Library, Ms Melanie was instrumental in setting up the Regional Reading Centre in the Pointe Larue district.

In 2012 she joined the Ministry of Community Development and Sports as a Programme Officer. When the ministry became that of Local Government and Community Affairs, she became a district administrator, a leadership position that she is still holding today and entails working closely with the community at the grassroots level. During her career, she recognises her significant achievement as her role in projects such as the refurbishment and construction of children’s playgrounds and the development of the Baby Gym, which shows her strong commitment and dedication to ECCE (Early Childhood Care and Education).

Ms Melanie was also significantly involved in constructing the mini stadium facilities and the Anonyme Views Housing Project in the Pointe Larue district, which formed part of the 24/24/24 government housing initiative.

Ms Melanie is an influential figure at the community level. With her vast expertise as a district administrator and programme officer, she has also contributed largely to the inception of the Ex-Mellon Land Bank Project, which will assist several families. Still, she humbly states, “All these accomplishments would not have been possible without the active collaboration with other stakeholders and the commitment and cooperation of the technical teams I have had the pleasure to work with.”

During what she describes as a fulfilling and rewarding career, she has drawn inspiration from seeing the improvement in the wellbeing of the community she has served and the positive impact that some projects have had on the lives of the residents, especially the young children. She explains seeing the joy on their faces when their parents receive the keys to their new houses. Or at the opening of a new or refurbished play area gives her immense satisfaction and a great sense of pride to have been part of the project planning and implementation process. At such times she feels that the children have the opportunity to develop and enjoy a well-deserved childhood which forms the basis of early childhood care and education.

However, despite her various achievements, Ms Melanie agrees that the different positions she has occupied have presented her with challenges big and small. The one that she classifies as a significant obstacle is a difficulty she has faced in changing the mindsets of particular groups of people in the community who are so accustomed to doing things their way that they are contrary to change. Another challenge worth noting, according to her, is the extent to which ECCE professionals can implement projects based on limited budgetary allocations.

Her vision for her organisation is to have empowered citizens proactively engaged, in a holistic manner, in the affairs of their communities. Where the wellbeing of young children comes into play, she advises fellow ECCE professionals thus, “Be committed to providing the necessities that will give all our young children a winning start in life. No matter what, we have to keep striving for excellence.” She implores the young people in her workplace to understand that their choice of action today will impact their future. She would like them to nurture a love and willingness to learn because she maintains that this is what will ensure that they continue to seek for and acquire knowledge that will help to shape the person they will become later in life.

Ms Melanie believes that community service is the other side of the coin in community leadership. So, as part of her contribution in giving back to the community, she engages in youth-related work because her firm conviction is that “shaping today’s youth will build strong and resilient leaders of tomorrow”. The following phrase quoted from Mahatma Gandhi reflects her motto in life; “Be the change you want to see”.